The Central Arizona Project (CAP) held its annual Water Users Meeting on Wednesday, August 25. This is the first public meeting since the U.S. Bureau of Reclamation published its August 2021 24-Month Study on Monday, effectively declaring a shortage on the Colorado River for the Lower Colorado River Basin.  The much-anticipated August study predicts that the elevation of Lake Mead will continue to be below 1,075 feet – the elevation that triggers a Tier 1 shortage – for the foreseeable future. The study also predicts an elevation consistently below 1,050 feet, triggering a Tier 2 shortage, by April 2023. 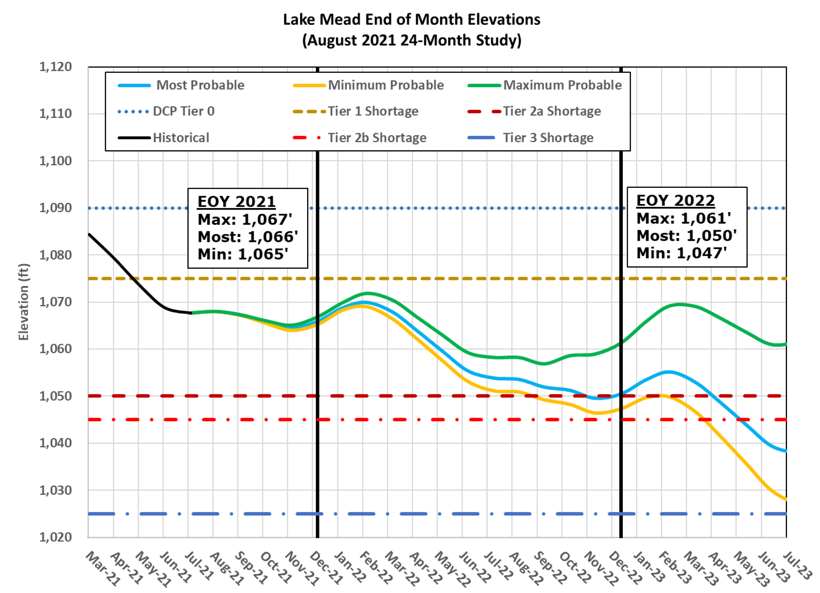 This Tier 1 shortage reduces Arizona’s 2.8 million acre-feet per year allocation of Colorado River water by 512,000 acre-feet. The impacts of the shortage will primarily be felt by farmers in Pinal County who rely on Colorado River water transported through the CAP canal.  One hundred percent of the Ag Pool will be decreased, as well as 63% of the NIA Pool. However, the extent of the impact, initially, will be dampened by increased use of non-renewable groundwater supplies. CAP has also worked extensively to acquire mitigation commitments from a variety of stakeholder and partners. 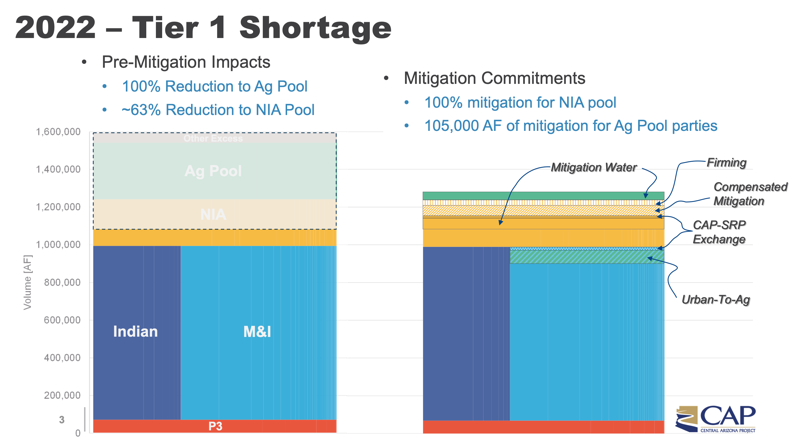 CAP also announced that an increased O&M rate impact is projected to be approximately $1.20 per acre-foot for CAWCD customers. They also announced due to an unforeseen increase in energy sales this year, current estimates for total year energy cost are $3-$4 per acre-foot below the pre-year projection of $56.

Farming has never been more challenging, which is why Western Growers invests in fully committed advocates – your advocates – in Sacramento, Phoenix, and Washington, D.C.  Only Western Growers offers members so many business services, supported by more than 400 dedicated employees.

IRVINE, Calif. (June 15, 2022) – A coalition of agriculture and business organizations has written a letter to Gov.

AB 2639, a bill that would have accelerated the adoption of the Bay-Delta Plan, was defeated in the California Assembly last week due to a coordinated effort of ag and water stakeholders working with key legislators.

The United States Department of Agriculture has designated eight counties in Arizona as Primary Natural Disaster Areas, which allows the extension of emergency credit to producers recovering from natural disasters, such as the ongoing drought